I can't tell you how difficult it is to type up a blog post with one hand...
That's one of the reasons I haven't been posting as frequently as I'd like to be. It's frustrating.
This whole shoulder thing is just dragging on and on. The surgery went fine, aside from the fact that we discovered I have a MAJOR sensitivity to anesthesia. I came to after surgery gasping for air and yanking my air tube out, then proceeded to vomit violently for the next three hours straight - which I can tell you is no fun after just having had a pin put in your shoulder. Todd told me that in between vomiting and passing out I'd plead with the nurse to help me, but they had literally exhausted all their options they had to stop it. It was so bad they tried to admit me into the hospital. I was stubborn though, and insisted on going home.
I don't really remember the next couple of days due to the heavy dose of pain pills they had me on...which caused a reaction 4 days after the surgery and I had to be brought back to ER because I was so violently ill I thought I was dying. I've never been so sick and in so much pain in my entire life.
Oh, and evidently being shot up with morphine causes me to start making really weird phone calls from the ER...cause that happened.
Surgery was 18 days ago on May 10th, and I personally felt that I was bouncing back quickly. Still can't sleep on my left side at all, lift anything over a pound with my left arm, stretch... but the incisions healed great, and the pain was getting better each day. Then this last weekend we did a lot of stuff around our house and I went a little too hard. Suddenly the tip of the collar bone is sticking up really far again. It actually looks and feels to me as if the shoulder has dropped. There's no more pain than there was before but you can definitely see that damn collar bone popping up. At any rate, Todd has made me promise to wear my sling constantly and do nothing but rest for the next couple of days. Which I'm game to do. I am really, really nervous about having this gigantic bone sticking up forever. It is really noticeable in my opinion.

Sooooooo I'm couch bound and Netflixing... and have time to type one handed basically...

Here are a few shots from our our Memorial Day weekend. I was so busy I didn't take many. We worked on our yard and planted our little gardens. We're late planting, but our last frost was just a week or two ago. Carrots, broccoli, tomatoes of several varieties, peppers, herbs, yams, peas, green beans, and okra all went in the ground.
I'll be stoked if I can keep anything alive though. Last year we had an influx of Japanese Beetles and they cleaned out almost our entire little garden.

We also drove down to a creek and got some rocks for our fire ring, which we then threw together. It's a work in progress but so much better than the hole that was dug in the ground. Keeps the dogs from dicking around in it too. Spent time at some farmers markets (obligatory fresh egg pic...I can't wait to have chickens). And I found an adorable chair art with little air plants that I must now try my hand at. Yesterday was a bbq and waaaaaaaaaay to much food. And today, the couch. 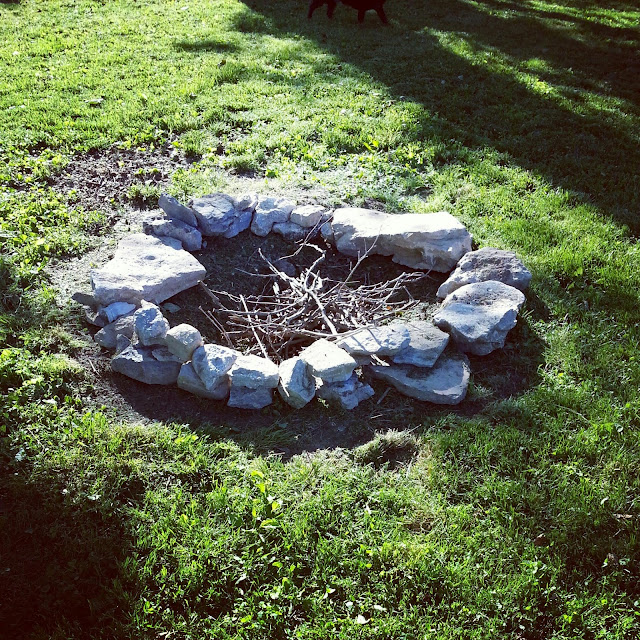 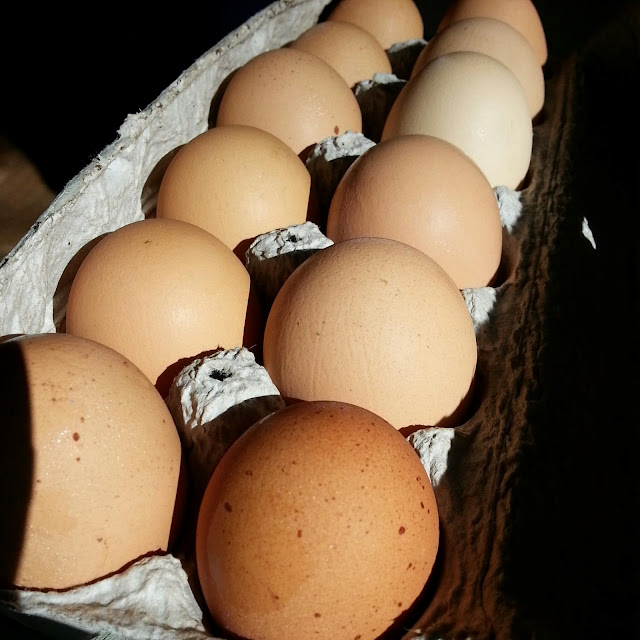 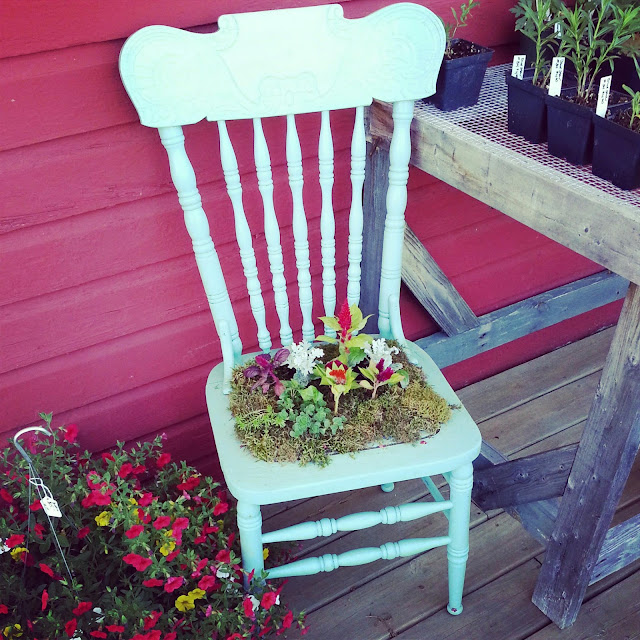 I've got to figure this out. It's adorable!!! 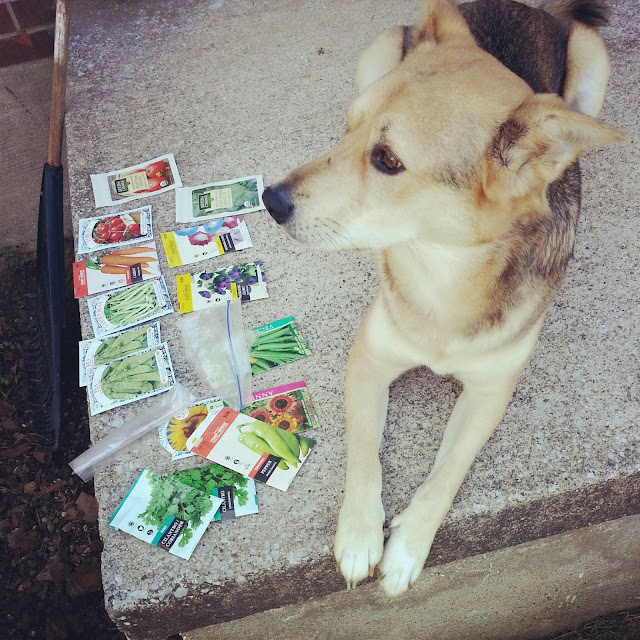 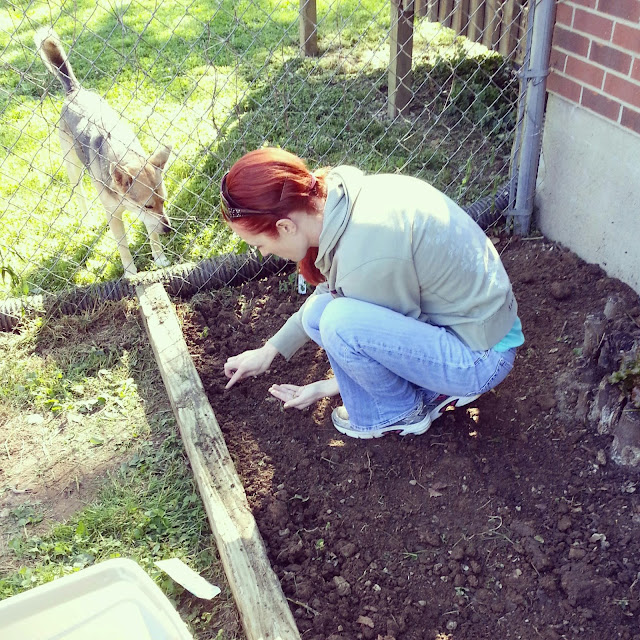 That short-story-long and disjointed post was about as good as it's gonna get today, folks.
Time for me to find something else to watch on Netflix. Any suggestions? 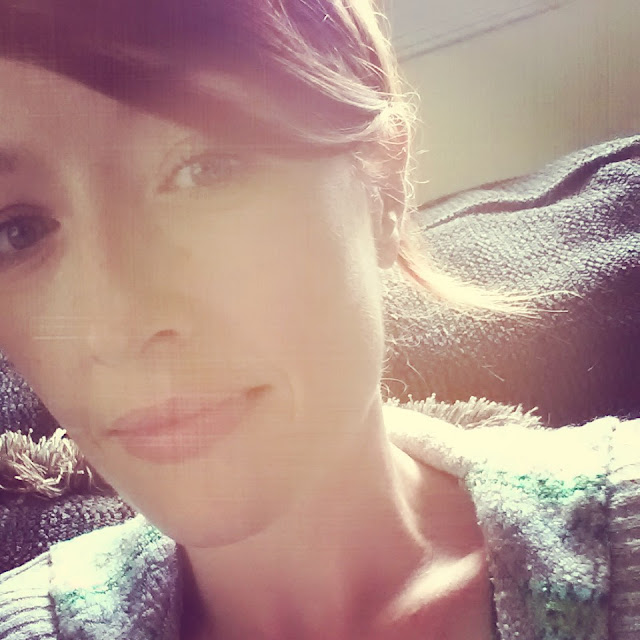