Yep. I'm on a bacon kick this week. Turns out yesterday was Kraft's National Bacon Day, and I didn't even know it. Complete coincidence that I posted the Banana Bacon Cookie recipe yesterday. Come to also find out that this week is National Waffle week (I honestly don't know why I know this...but I do), so what do you think the logical conclusion was? 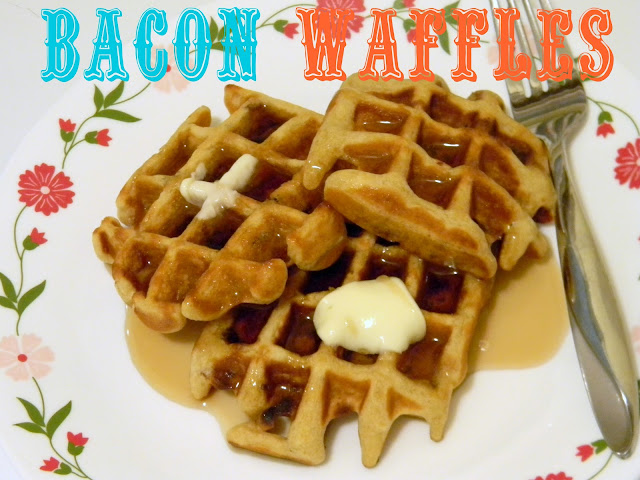 Figured it was an awesome excuse to have Bacon Waffles for dinner last night.

Bacon Waffles
Adapted from Allrecipes
Makes: An insane amount of waffles - consider only making half if you're feeding 2-4 people

To make the noms:


Preheat your oven to 375°. Arrange the bacon on a baking sheet that has been sprayed with cooking oil.** I actually cook my bacon on a cooling rack that has been sprayed with cooking oil placed over a 9x13 metal pan that has been covered in foil. It allows for the grease to drain away from the bacon and helps with clean up**. Combine pepper with 3-4 tablespoons of brown sugar, then sprinkle mixture generously over bacon, coating well. Bake 10-15 minutes or until bacon is crispy and the brown sugar is caramelized. Remove bacon from oven, place on a cutting board. Cut into small pieces and set aside. 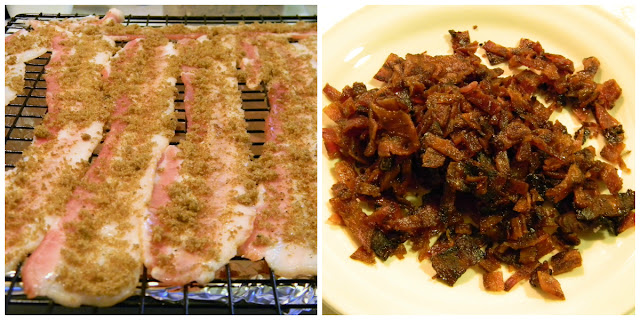 I could seriously stick my face in that plate of bacon.

Preheat waffle iron. Whisk flour, 1/2 cup brown sugar, baking soda, baking powder and salt together in a large bowl. Whisk eggs, buttermilk, canola oil and vanilla extract in another bowl. Fold the two mixtures together, make sure to not over mix - the batter should be slightly lumpy. Fold in the bacon pieces.

Pour your batter into hot waffle iron coated with cooking spray and cook until lightly browned.

Serve with butter and warm syrup. If your so inclined, reserve some bacon pieces for garnish. :) 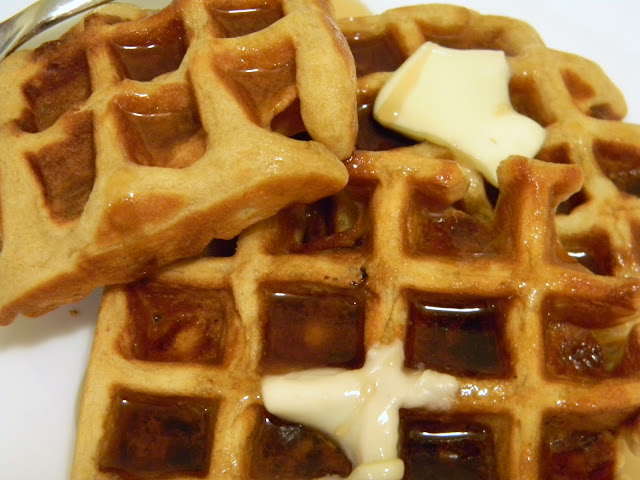 I have to mention again that this recipe yields a ridiculous amount of waffles. Cooking for just the two of us, I would have halved the recipe had I known we'd end up with so many. Not to worry though. You can just pop those puppies in the freezer and heat them in the toaster the same way you would an Eggo Waffle!

1) Cool waffles completely  2) Place cooled gigantic mountain of waffles in a single layer on a baking sheet and flash freeze - or place in the freezer for roughly 30 minutes to an hour. 3) Once frozen remove from the baking sheet and store in a freezer bag or air tight storage container. 4) When ready to eat, just pop in the toaster like you would any store bought frozen waffle and enjoy! I'd recommend not allowing your waffles to defrost before placing in the toaster oven. They tend to get mushy if that happens. 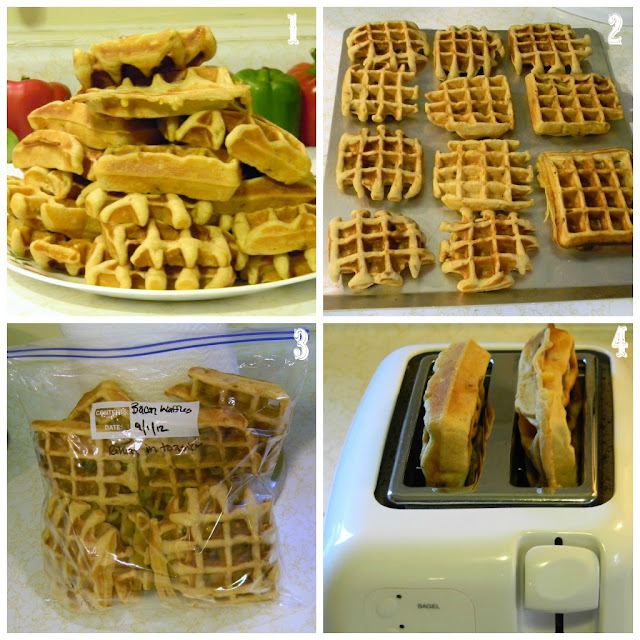 Seriously, nothing beats homemade waffles in the morning. Mister Man likes to toss them in the toaster while he's mixing up his protein drink and making his coffee. My lazy butt is usually still in bed when he leaves (before sunrise), but it makes me feel better knowing that he's at least gone off to work with something warm in his belly. A homemade something warm in his belly. :)


There might be another batch of waffles in our future this week. Might as well replenish our stock of frozen ones, and National Waffle Week is as good an excuse as you get to mess around with fun recipes!

Hope you are all having a fantastic and safe holiday weekend my friends!