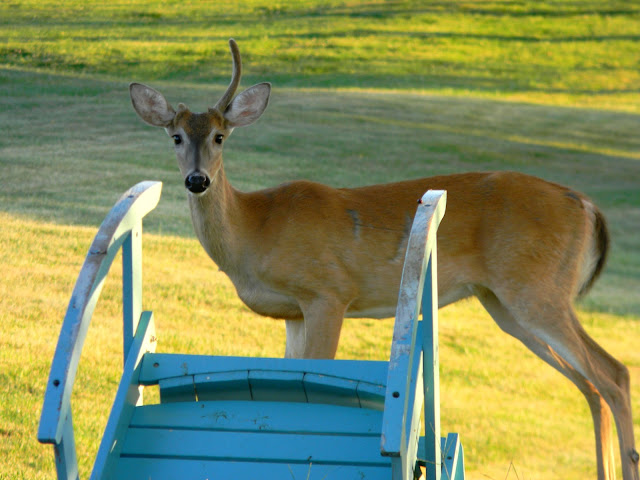 The other day my friend Dee posted a video on her Facebook page of an area in our town called Coffee Tree Lane where dozens upon dozens of deer congregate each evening to graze. After I saw the video I couldn't resist dragging Mister Man out there to watch them. We've been out almost every night for the past week. The first time we drove up, I almost had a heart attack. There were more deer that first night than any other and of course I didn't have my camera with me. They were everywhere. I stopped counting at 40.

I managed to remember my camera the next time we went - but of course I'm as hard on my camera as anyone could possible be and it's a little broken right now. As in, the trigger is taped on with scotch tape right now, and it's not focusing all that great. So only a couple of the pics came out. 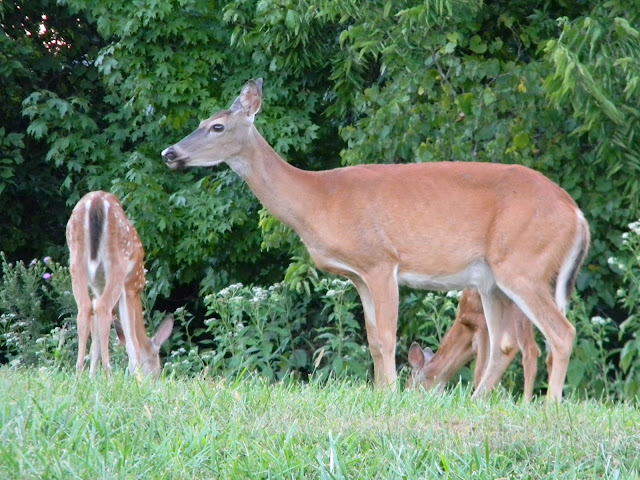 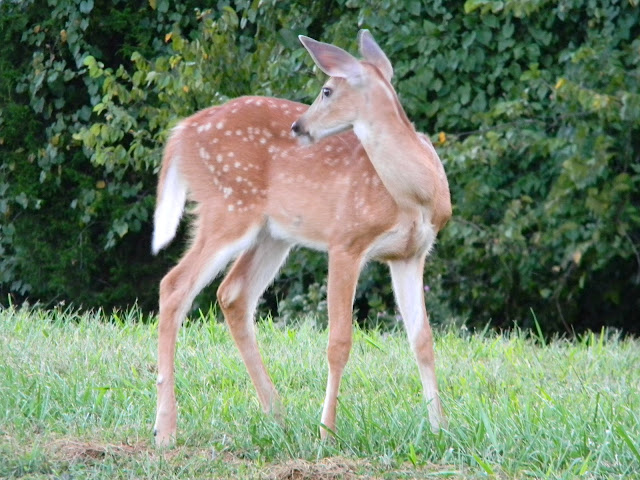 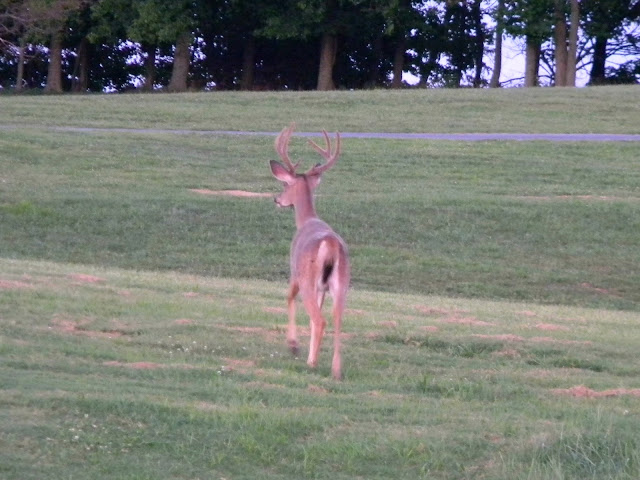 You know me though - I'll be back and armed with a better camera next time! :D

The thing that I most wanted to show you though is this video I shot of one of the fawns going hog wild and running several laps around one of the fields. We're pretty sure he was just feeling a little spunky and was playing. It really is cute though. Try to ignore the line running down the right side of the video. I'm pretty sure that happened when I dropped my camera the time before last....or maybe it was the time before that....


I think my favorite part of the video is when Mister Man breaks out with the Forest Gump and Bambi's Dad voices....

I have some more cute video - I got some of a mama and her two babies eating apples and the babies couldn't put the apples in their mouths so they were stomping on them to break them up which was uber-eek, and another video of one of the does getting a bit pissy with us to the point where she stomped her hooves and blew at us. I'll save those for another time though.

Saturday was my birthday. I'm old now. Spent it with Mister Man, my little brother and his wife. It was a nice mellow day. Then on Sunday, while cutting a rope to tie up our tomatoes I sliced my leg open and had to go to ER to get nine stitches in my inner thigh. Yep. So that was fun. I was almost going to gross everyone out by putting a pic of it up...but to be honest it was so bad I almost passed out every time I looked at it. I'm typically okay with other's people's boo-boos...but when it comes to my own be prepared for a massive meltdown. The damn cut is only about three inches long, but it gaped open about an inch to inch and a half and you could see all the leg fat hanging out...did I lose you yet? LMAO! But I now have proof that I do have fat on my body. Mister Man and I saw it for ourselves. :D Man, that's another thing....you just aren't meant to look at the inside of yourself...I could have died happily never knowing what my leg fat actually looks like.

But, all stitched up and in relatively no pain. Can't ask for more than that! It is going to put a damper on some of our Summer activities over the next couple of weeks though. We had some river fun planned, but I'm not supposed to get it wet, so everything is on hold for the next two weeks.  Maybe since I'm stuck at home taking it easy, I should get my ass in gear finishing up all the holiday items I started for my store last year....and just never got around to finishing.