The critters are rearing their pretty little heads now that Summer is in full effect!

Yesterday we came upon this Bark Mimic Moth that was resting on our kitchen door. I'm placing this guy in the Zale Lunata species. Please let me know if you think it might be another. 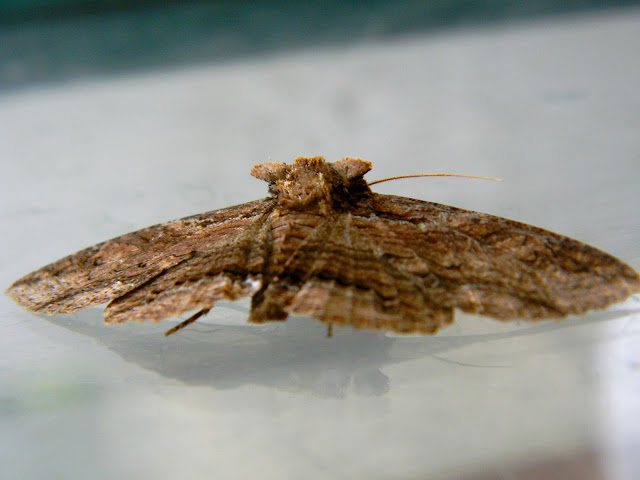 He's really nothing fancy until you stop and take a close look at him (I have absolutely no idea if this is a male or not....just go with it)...up close, he's strikingly beautiful. His wingspan was roughly 2".

If you look closely in the picture below - you may be able to make out a Fletch snoot pressed up against the glass. 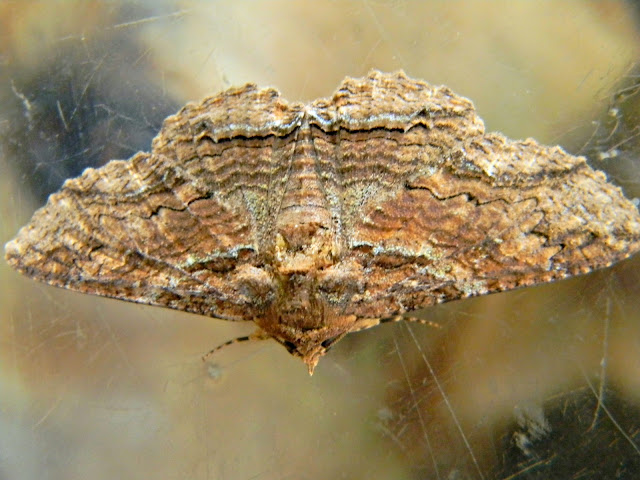 He has a fuzzy little crown of scales around his head... 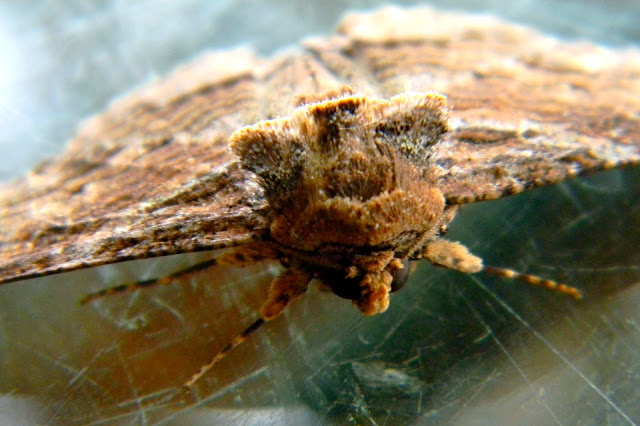 I was really hoping to get a better shot of it's little nose - which is just friggin 'eeeek!' - but the reflection coming through the door was simply too much for my little camera to take. 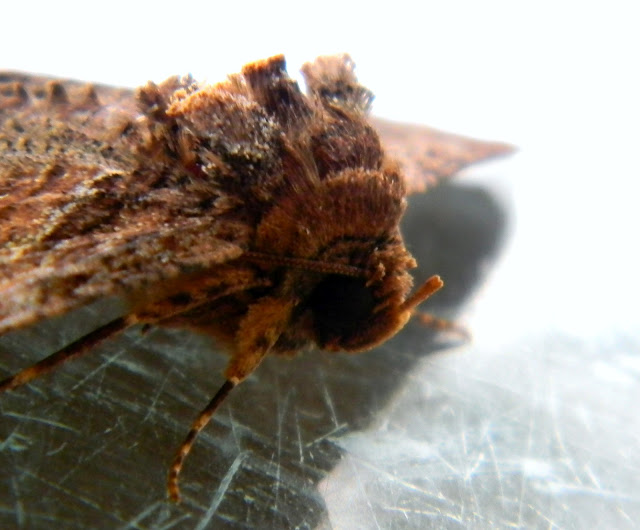 I'll be back later with this nifty beetle I found that was trundling around with some sort of mite infestation on him...but I have to figure out what he is first!