I'm going to saturated you with videos of my dogs today (well, about 3 minutes of it if you watch it all). And I'm not sorry for it one little bit. :D 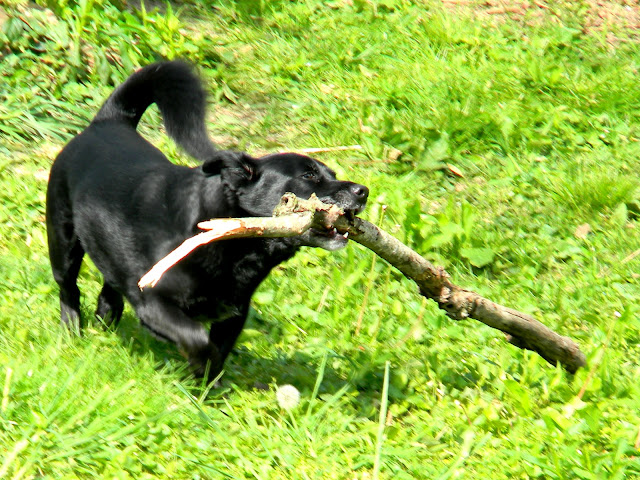 Last weekend when my in-laws came out they brought their two little dogs, Jean Paul and Pierre - which made it a total of five dogs here at the house. None of us mind that a bit. We're the type of people that always have a dog or cat hair stuck to a random item of clothing. We all think furry critters are pretty awesome. But as I was finally sitting here watching some of the hilarious video I took of the dogs playing in the backyard I realized something...

They aren't assholes...well, for the most part. Mobee certainly has his moments. But on the whole they all love on each other - they're a pack. To the point that I worry what will happen to the others is something happens to one of them. But they sound like total jerks when they play. If I lived next to me and I heard them...I wouldn't let my kid come anywhere near them. Case in point:

They sound like assholes. I mean, I get that Jean Paul is there and he and Mobee have some history between them...and that Mobee feels the need to claim domain over the stick because it HIS stick in HIS yard and STUPID JEAN-PAUL isn't going to have it DAMMIT because he, Mobee, is DOMINANT! (pfffffffft - just play along with me here okay, and try not to laugh loud enough for Mobee to hear you)...but man...it just gets cranked to the point where finally Crystal even gets sick of it and comes in towards to the end to tell them to shut the hell up. Which they do...for a second, before they're back at it again. It never turns into anything more than this though. They really are the sweetest, most lovable, somewhat clueless dogs I've ever had the pleasure of knowing in my life.

Even Crystal and Fletch sound all snarly when they play - although they're much more cute about it. Fletch jumps around like the nerd he is, and Crystal does this spiffy little spins that she thinks are so cool. I'll have to get a video of just them soon, but here another one similar to the one above - it has more of Crystal and Fletch playing though.

And lastly, I had to throw this in here because we watched this dog do this for about 10 minutes straight. We can't for the life of us figure out why! It was a mild day and they had plenty of water...he just wanted to lay the bottom of his tongue on Todd's weight....

On and on a side note...Mobee ended up with his stick. :)