Hey all! Hope everyone had a satisfyingly romantic Valentines Day :)

Me and the Mister had a really low key one here in the Blain Household. 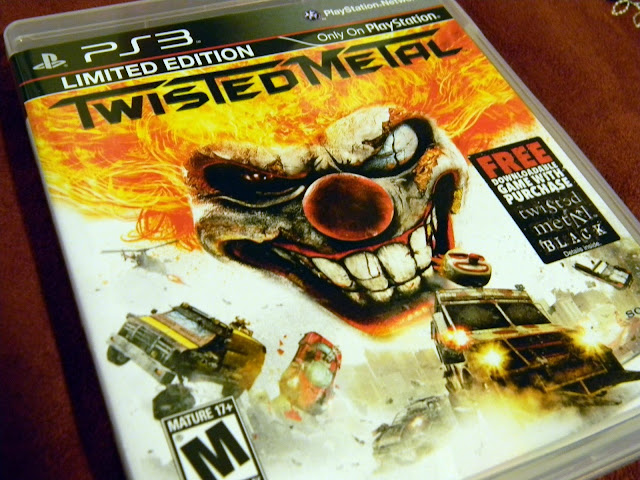 Which means we didn't actually do much of anything for the last three days (the freaking release date for it was actually Valentines Day...WTF is that all about? Some cruel joke???). Because I'm an awesome wife though, I had a yummy dinner cooked and this waiting for him when he got home...

I tried making some delicious treats to satisfy his man-belleh but those both turned out to be epic fails. Case in point, I tried to make these little chocolate pies, which looked so freaking cute before I put them in the oven.... 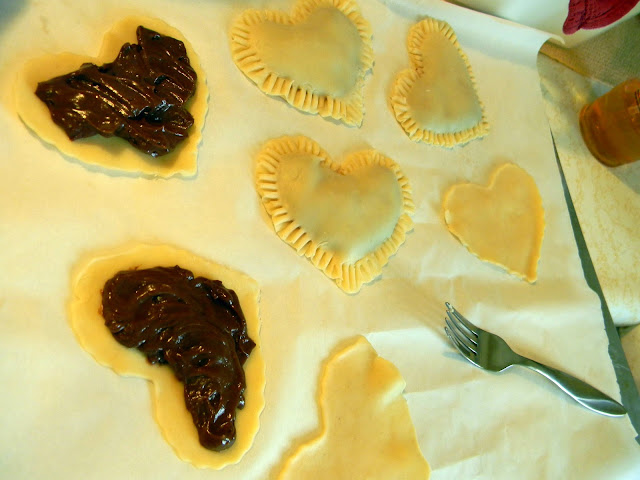 but looked like this when they were finished baking... 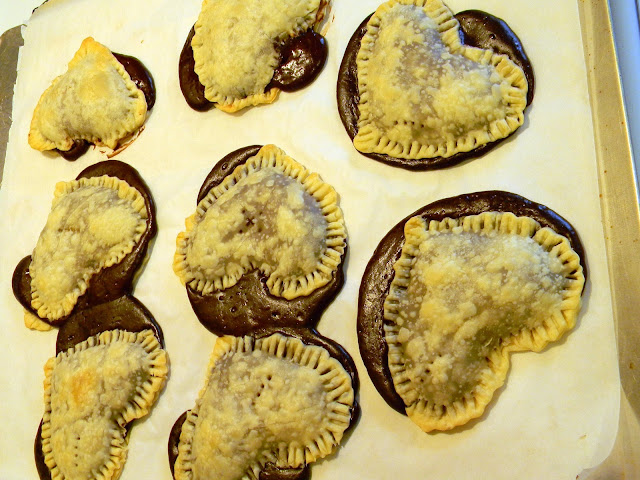 I'm still scratching my head over this one... Jello pudding mix...Premade Pillsbury pie crust... How the hell do you screw that up? I know I sealed the little suckers!!! Todd was a champ though and ate them anyway.

Ate them because the other treats I had made him, Gingerbread Krispie Treats, were actually eaten by Fletch before Mister got home from work. Yes. My dog ate an entire plateful of Rice Krispie treats...and didn't get sick. Sooooooooo, there's that. Fletch is an asshole. I swear. A very lovable asshole. I had placed the plate of treats on the counter and took a shower, when I was done I came out to the kitchen to find half the plate gone. I yelled at him and salvaged some of the treats...walked into the bedroom to fold some clothes and the stupid ass dog runs into the bedroom right behind me with another mouthful of them.

Seriously. I gave up at that point and mixed up a box of brownies to throw in the oven.

But the highlight of my Valentines Day? Catching my husband standing outside in one of my Roxy beanies 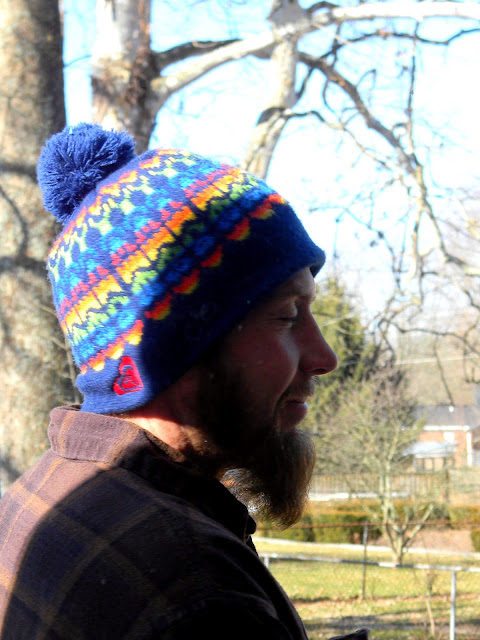 Well, that and the fact that my husband spent forever going to every store in the surrounding counties looking for my Lip Smacker Black Cherry Vanilla Coca Cola lip gloss that I've been out of for two months! 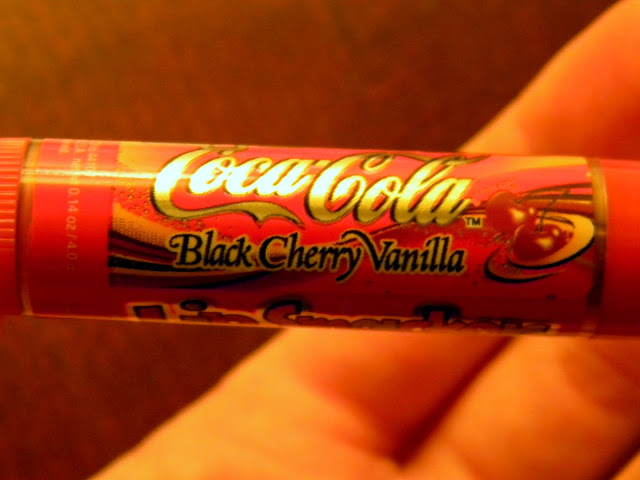 It's the littlest things.