Hi there! Remember me? I used to blog.

Holy cow! I can't believe it's been almost two weeks since I've posted anything. It's almost like I had nothing to say! (pffffft, we all know that's not true).

I'd intended to take a small break for Christmas, but then ended up having one situation after the other come up...kind of waylaid me. For instance, last Thursday, the 29th, I ended up in emergency for five hours due to a migraine that nearly killed me (well, if  you ask me it nearly killed me...I doubt the doctors would've concurred).  I was shot up with painkillers and something to stop my vomiting, given a CT scan (which was just fine), fluid through an IV and then sent home. Wasn't fun. And I have a nice bruise from the IV that is just now starting to fade... 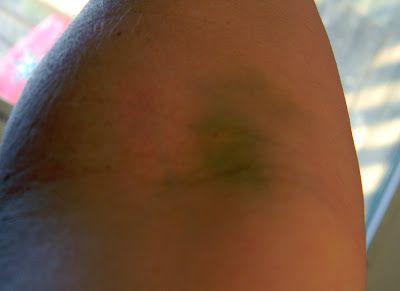 The migraine was brought on by stress (thanks AT&T) and a medication change - I'm almost positive. One of the reasons I was going to take a small break from the blog. I am pretty much useless when any of my medications are changed.

Flash forward to Friday evening - my in-laws came to stay for the weekend and to celebrate the New Year with us. I use the term celebrate loosely, as I was much too much under the weather to be any fun. I could barely keep my eyes open, but I really enjoyed having them down and we spent a quiet and relaxing weekend at home watching movies and playing games. Can't wait until we can see them again. I'm so fortunate to have Vern and Sandy in my life. They are truly the nicest, most caring people I've ever come across and I love them dearly.

The snow that I had desperately been wishing for? Finally came yesterday... It's cold, and not as much fun as I remember. But alas, it's almost gone. This freak weather we're having is just straaaaaaange. Snowing yesterday, but it'll be in the 50s tomorrow. Go figure. 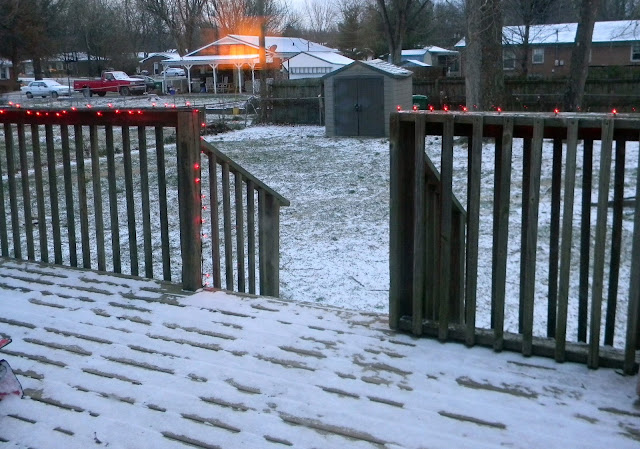 Todd had Monday off, so we played a simply ridiculous amount of PS3...the man got like, six games for Christmas...and we ate these... 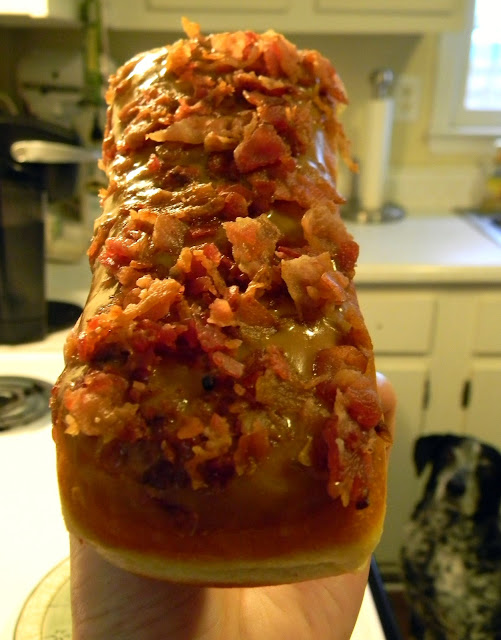 Bacon Covered Maple Bars..... It's okay to be jealous.
Crystal was :D

Oh, and while the in-laws were here they brought their little Boston Terrier/French Bulldog mix, Pierre. One day we found Pierre sleeping in our laundry basket... Crystal apparently thought this was a GREAT idea. This is where I've found her for the last several days 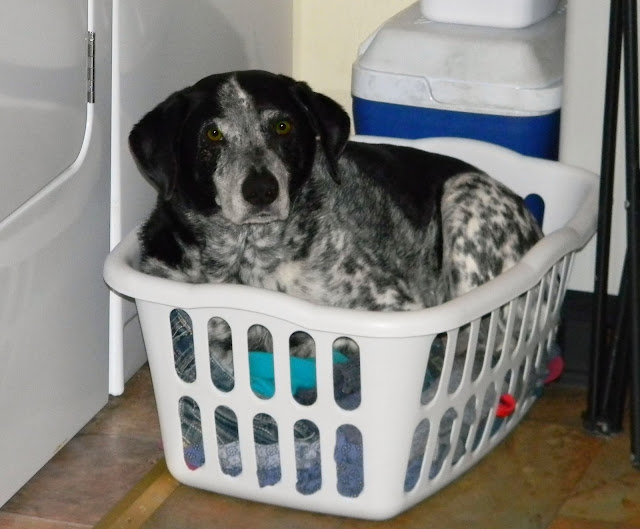 At some point I'm going to have to coax her out so I can wash the clothes in it...

Well, that's me for now... Hope everyone's New Year started out fabulously. I'll be back later with the dreaded resolution post, lol!