A Bailey for Ben

My friend, Sonja, over at the wonderful blog The Sweet Seattle Life contacted me awhile back and asked me to make a doll resembling her dog Bailey for her son's first birthday. 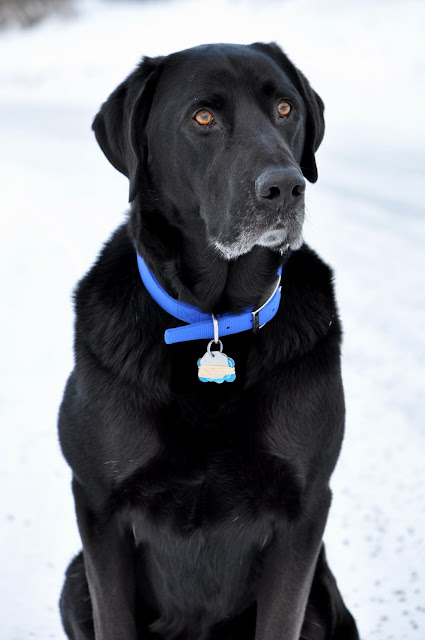 Here is a picture of the undeniably handsome Bailey which I stole from her blog - isn't he gorgeous? He's a giant, and I'm absolutely smitten with him. The first time I ever met Bailey I had my little dog Mobee with me. It was the funniest thing to see them standing together. Mobee could fit under Bailey completely - standing right in between his legs. He was like a Mini-Bailey. I still to this day credit Bailey for making Mobee kind of an ass. Bailey was the sweetest, kindest, goofiest dog - he let Mobee push him around all day long. He was just way to nice to remind Mobee that he outweighed him by 100lbs or give him the proper whooping that Mobee deserved. Ever since then, Mobee thinks he's hot stuff. :D

Here's the final product of what I was able to put together for her (please excuse my photos, they were taken in the evening) 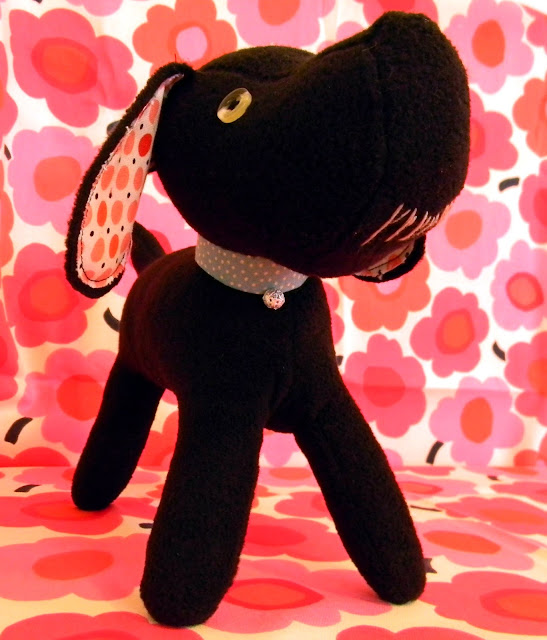 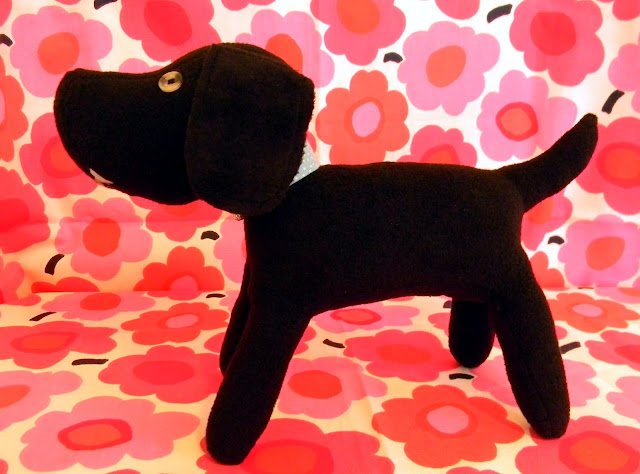 I'd love to say that I whipped him up, but that'd be a downright lie. I'm not nearly as crafty as people give me credit for. I had initially pictured making something similar to what I had made my mom for her Micro Daisy Doodle and Buddy Dogs, but after sewing one up I realized it wasn't going to work for what I had in mind. Sonja takes these wonderful pictures of Bailey with costumes on for her blog - and I was hoping to capture a couple of these costumes with a few accessories that I could send along with the doll. I realized that I wasn't going to be able to get any hats to sit on his head the way he was though - so back to the drawing board. I redesigned his head with a gusset so that I could actually fit the accessories on his head.

Here he is with his little accessories 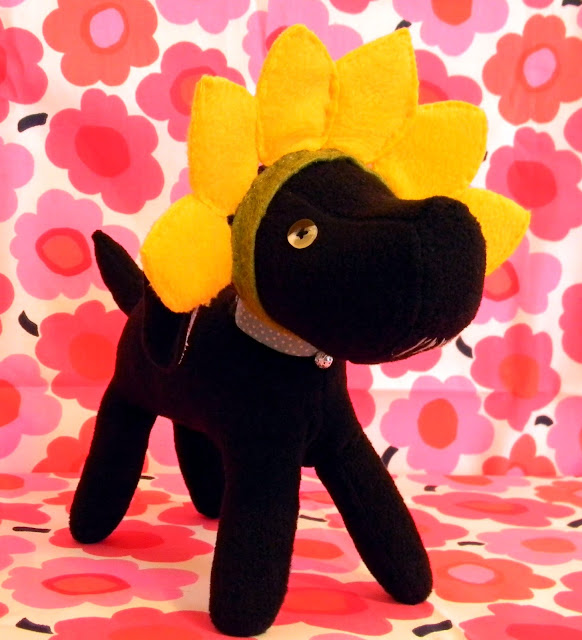 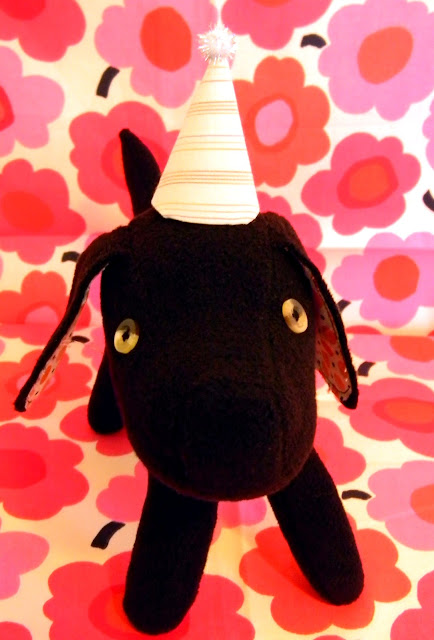 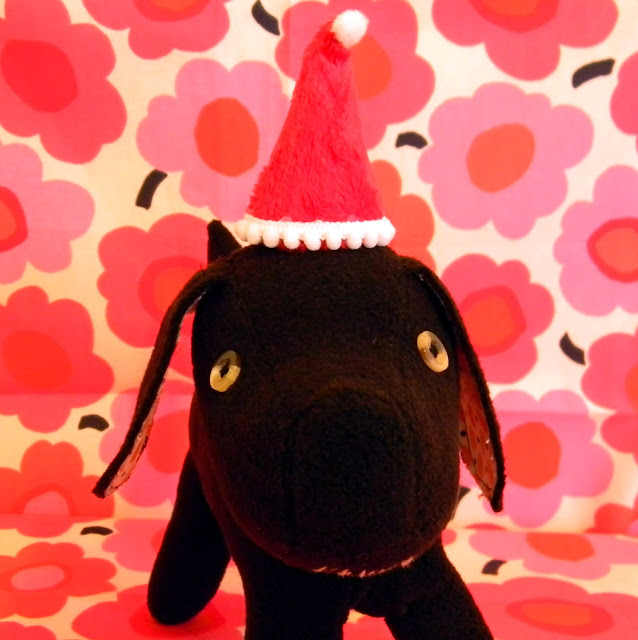 There are some things I wish had come out differently, but she seems really happy with him, and I can't tell you what an enormous relief that is. She's always been the kindest person to me (you know one of those people that you aspire to be like?) and I really, really wanted to make something she was happy with as a thank you for her friendship. 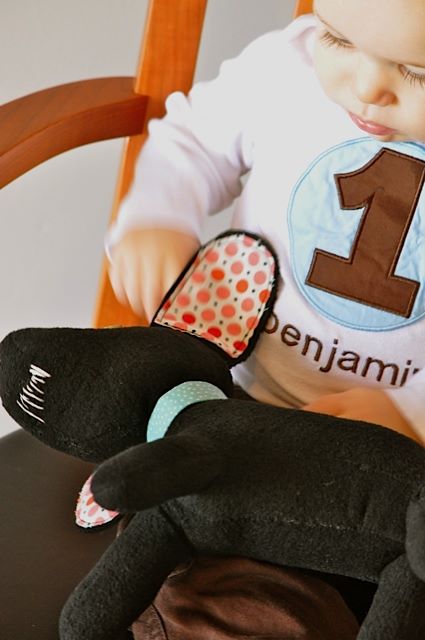 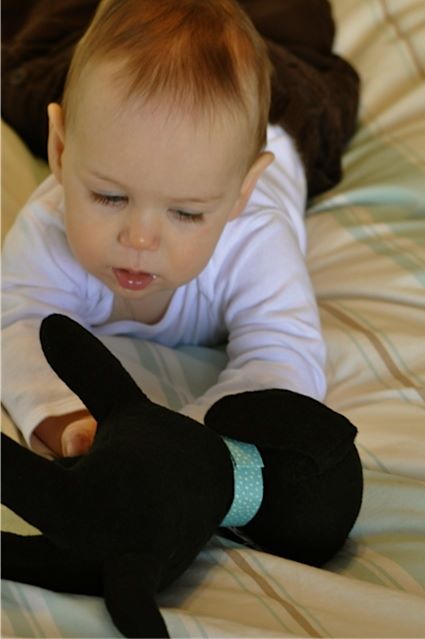 I can't get over how cute this kid is! Sonja has a post on her blog with more pictures, including the ones with the real Bailey dressed up. If you're interested in seeing them, or just stopping by and seeing more of her adorable baby boy (with his ridiculously long eyelashes), you can click through here.