We got tired of those pesky leaves.

So we turned a good night into a perfect night and burned the crap out of a bunch of them. 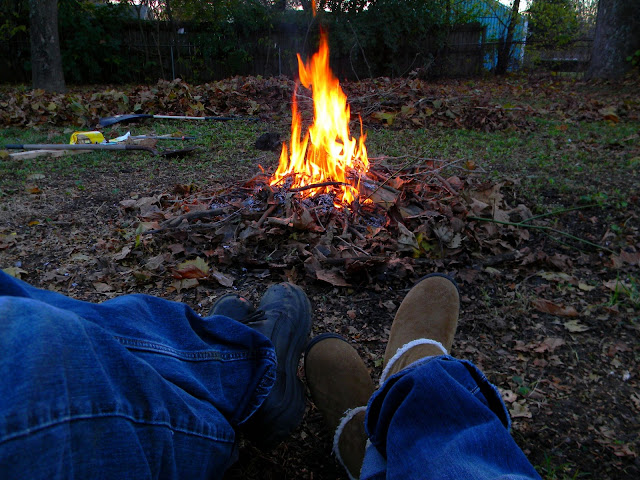 In addition to the leaf situation, we found ourselves with an abundance of branches. We'd been piling them up over the past month with the intention of burning them. The dogs have been thrilled about that particular pile - they love to pick a stick out and gnaw on it for awhile. So it wasn't any surprise to us when Crystal started to get a little indignant when we began burning her sticks. She kept trying to make off with them. Here's a pic of her trying to make off with one of bigger branches. She really did get a little pissy when we tried to take them back - a tugging match ensued more than once! 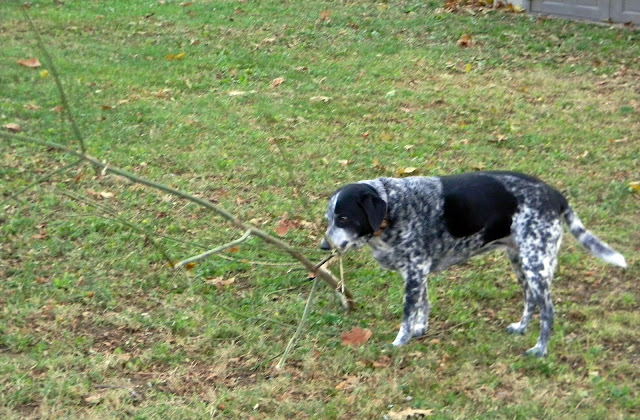 Soooooo burning leaves, not quuuuuite as fun as a normal bonfire. A lot of smoke and ash. But we have the majority of the yard cleared of leaves and as you can see in the picture below there aren't all that many leaves left to fall - the tree on the very right of the picture actually has quite a few, but I'm hoping they land in the neighbors yard (he has a riding mower at least). 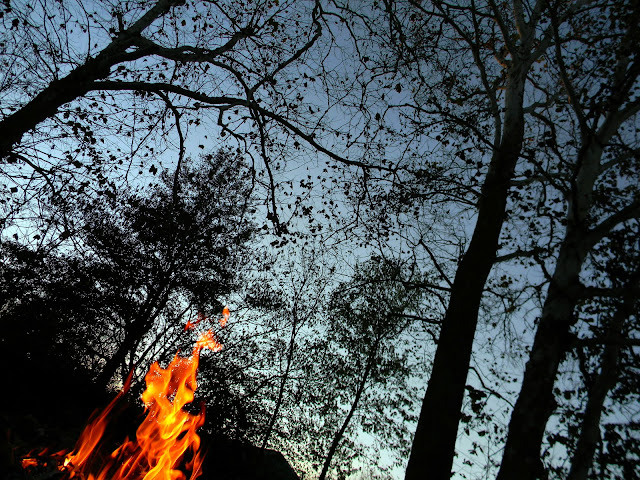 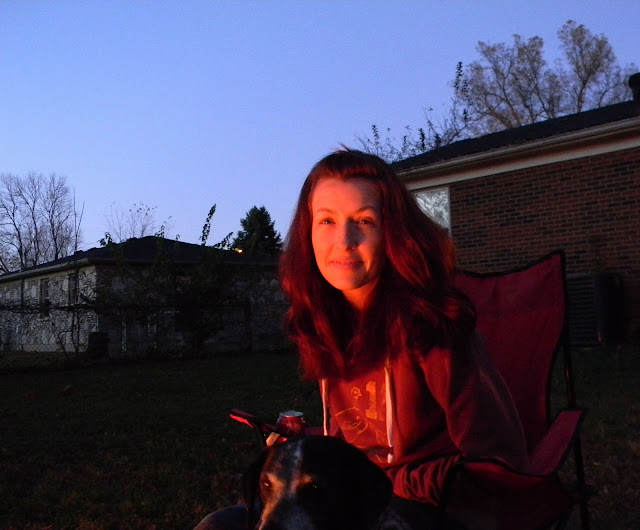 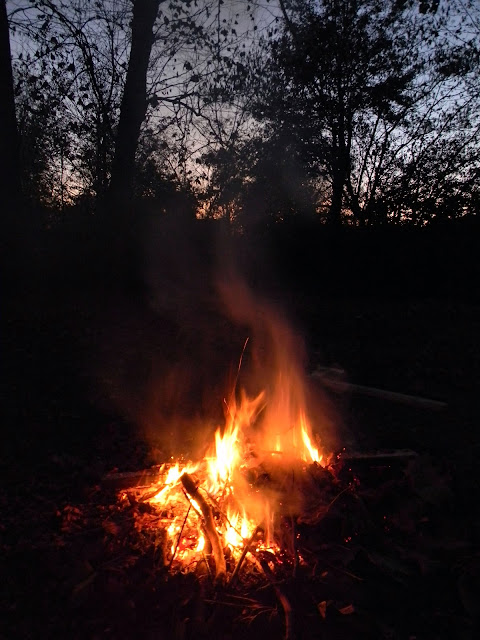 Call me a pyro, but I love a good fire! Love the smell of it in the air - I even love the smell of it on my clothes (not so much in the hair though - that's an immediate shower). Love the warmth of it on my face, the glow it casts. Who doesn't associate campfires with a good time? They're almost irresistible to photograph for me. I mean, if you're having a fire than it's safe to say you're having a good time that needs to be documented!!!! :D 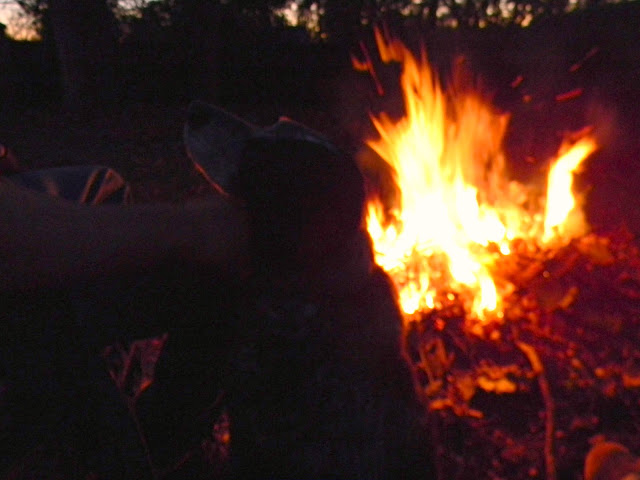 Here's a parting shot of our baby girl, Crystal. She is such an amazing dog. As unwaveringly loyal as they come. So much so, that she'll completely ignore strangers once she's established they're not a threat. Won't even look in their direction. I wish I could have snapped a better picture of this moment. She was just sitting there for the longest time leaning on her dad's leg with her head on his knee - just staring up at him adoringly.

I can't wait to get the yard completely cleared out so we can actually dig out a fire pit. So far it's just a spot in the yard where the previous tenants burned their yard waste. We'd like to to dig it out a bit, and I'd like to find some river rocks to build up around it so that the dogs aren't walking through any soot. I can see that some nice fires are to be had here!