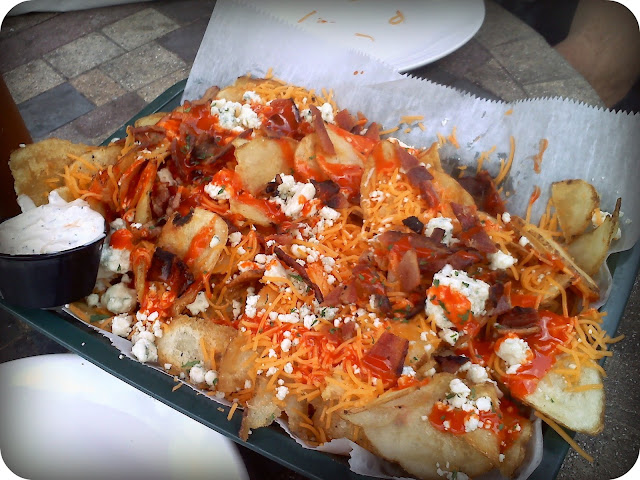 This is the sort of madness you get served up when you order the Dragon Scales off the menu at The Dragon's Pub - an adorable little pub located off Main Street just a couple miles down the road from our house. It's located directly on the banks of the Kentucky River and has a wonderful, not-so-little patio overlooking it. Not only were the Dragon Scales overwhelming in size (they were gigantic!), they were a little overwhelming as far as the ingredient list also - in a good way. Keep in mind, this is all prepared fresh while we are sipping our beer in the breeze and watching the boats glide by: freshly home made potato chips, hot wing sauce, crumbled crispy bacon, shredded cheddar cheese, and crumbled blue cheese - to top it off, a side of blue cheese dressing for dipping. Unbelievably delicious! 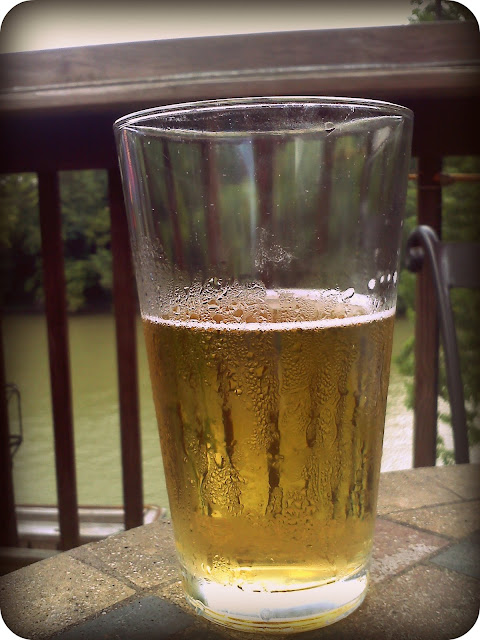 Mister not only ate about half the Dragon Scales, but a BBQ Bacon Burger, a side of fried banana peppers, AND two beers! I had to roll him out of there. :) 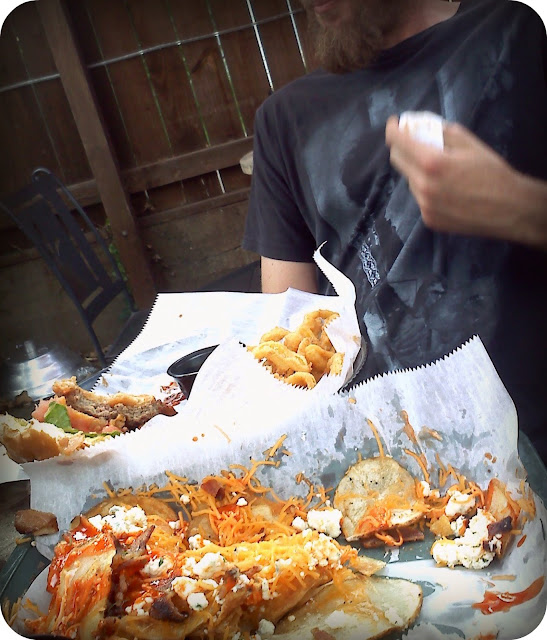 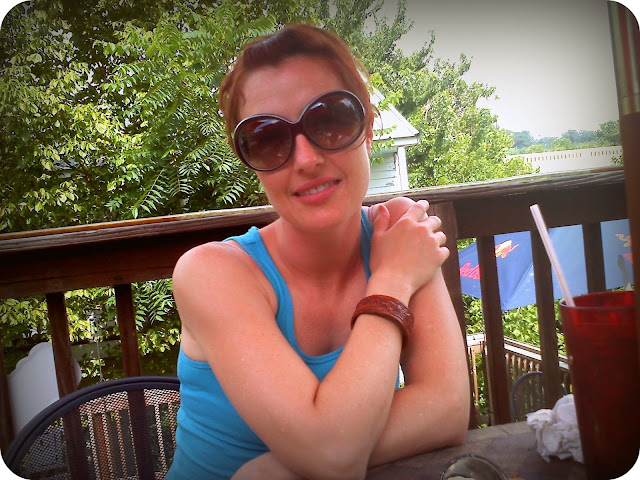 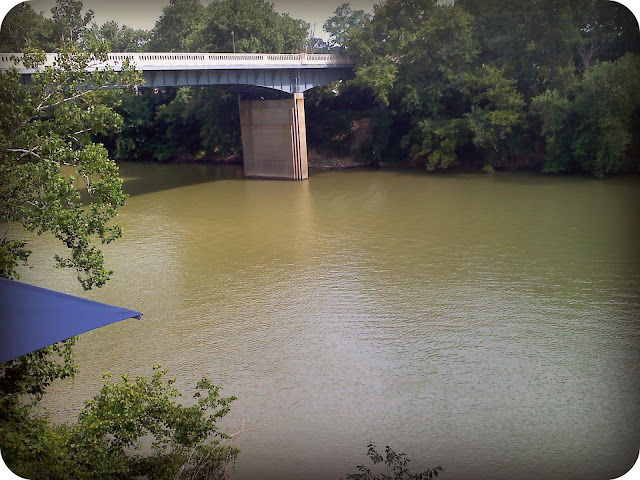 This was the view from where we were sitting. I swear I love this place. Funny thing though. We were sitting there chatting, and someone drove over the bridge and threw a bunch of crap out of their car window into the water. We hear a large splash...and I was stunned. Into the water? Are you that dumb? You couldn't even throw it on the side of the road where some other kind hearted individual might actually help make up for your individual laziness by depositing it into a trash receptacle...had to be in the waterways, huh? Brilliant. 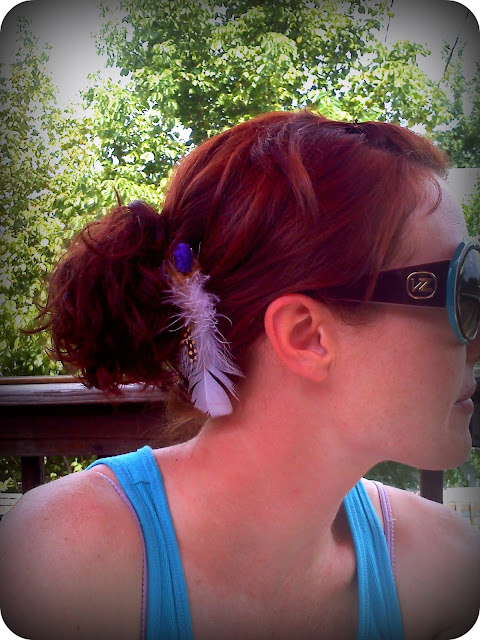 Mister wanted to take a picture of my little Boho Feather Hair clip that I had in -  it was sent to me by the wonderful Brandy from the brandy-son Zen master flash blog. He really liked it and thought I should show her some love. So ♥♥♥!!!!!
Well, I'm about to glue myself to the couch to geek out for another 10 hours straight. Mister got his PS3 finally. He's been wanting it for a really, really long time. We've been a mutant ass kicking husband and wife team in Borderlands for the past two days. What a better way to bond as a couple then to pop some caps in some crazy rabid mutant dogs????
'til next time... ♥
posted by freaked out 'n small at 7:56 PM