There was a wonderful little cupcake shop by my house in California that served the most delicious cupcake called The Breakfast Cake. It was a light and fluffy buttermilk cupcake loaded with bits of applewood smoked bacon, iced with a light, buttery maple frosting and topped with freshly crumbled bacon bits. Yum. I loved them even though some people cringed at the flavor mix.

Well, I'm in Kentucky now, and there isn't a Breakfast Cake anywhere to be found. So I must resort to the next best thing - trying it myself. 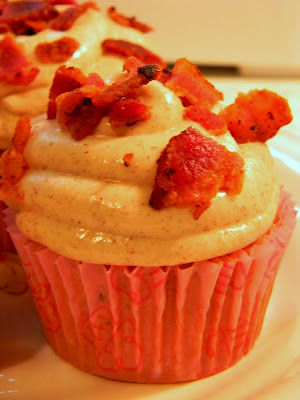 The recipe I used was from Perry's Plate and can be found here. I followed Natalie's suggestion and used used two whole eggs instead of four egg whites. I also substituted corn starch for potoato starch. The smell coming out of that oven was heavenly. My entire house smelled like french toast - delicious! 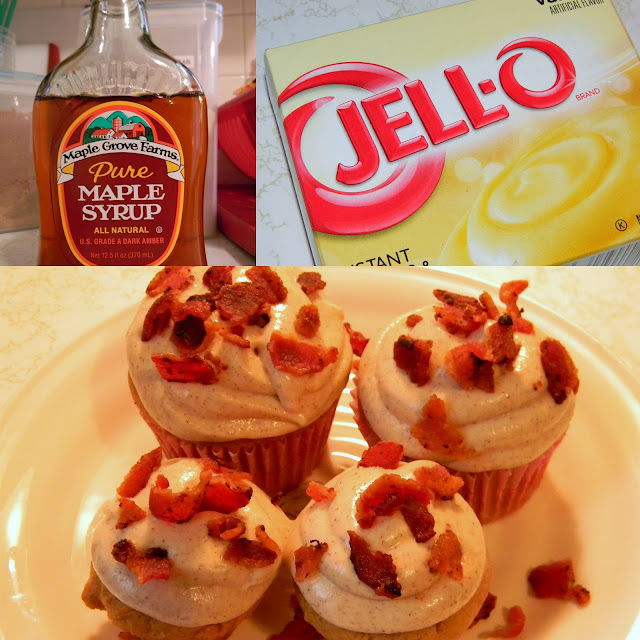 The actual cupcake however...not my favorite. It was incredibly dense and a little dry, even though I cooked it for only 30 minutes instead of the 40  minutes that all the recipes called for. Maybe it was the two whole eggs? In any event, I'm not giving up. There has to be a recipe that I can smash together to make the perfect combo. 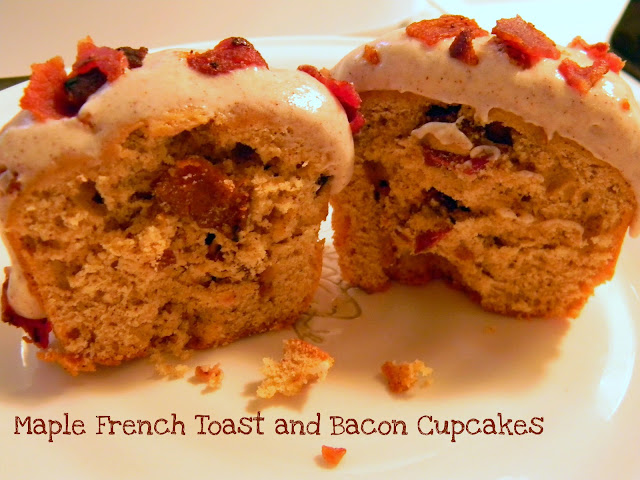 If anyone ends up trying the recipe and it comes out, please let me know! I'm still trying to figure out what I did wrong.