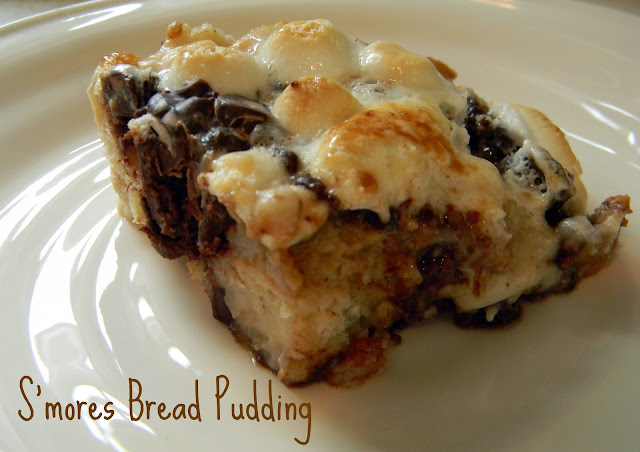 Bread Pudding is something that always seemed kinda weird to me. I'd never tried it until tonight. Just the thought of a pudding with soggy bread in it...ick. Then I happened upon the incredible blog of Cinnamon Spice & Everything Nice and this recipe. She made her S'more Bread Pudding looks so unbelievable gooey and delicious that I just had to try it. 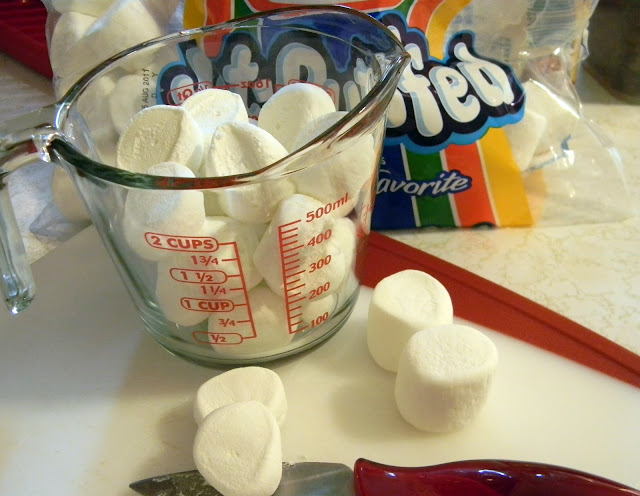 Mine looks like it came out on the softer side. I only used 8 cups of bread, and we added a few more marshmallows than the recipe called for (because we are extreme marshmallow lovers in this family), this could be the reason. I also used regular graham crackers since that was what I had on hand. 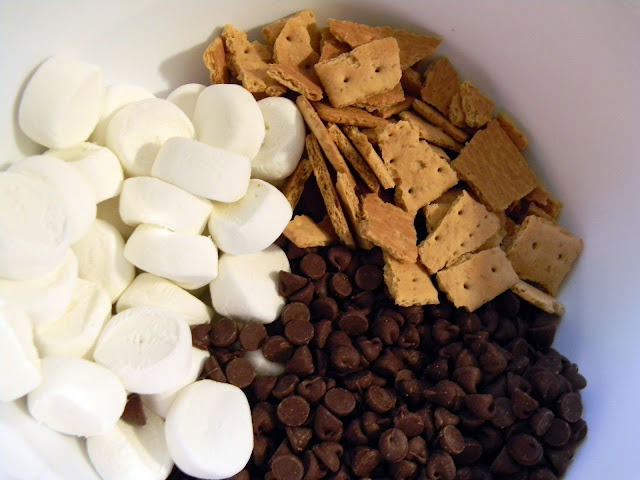 But overall, it was delicious. A little too yummy... The two of us managed to finish the entire pan in a timely fashion. 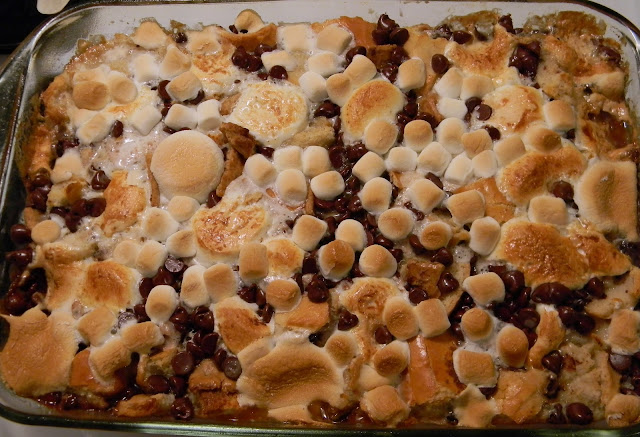 This was definitely a good choice for my first bread pudding experience!

Husbands are the best...

...when they come home with Starbuck's Iced Tea and cake pops!!!! 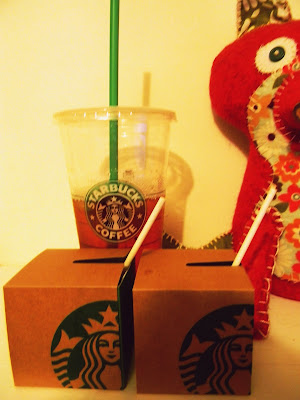 Spring is here, and the critters are coming out!

I'm by no means a snake lover...but how can you not think this little guy is cute? 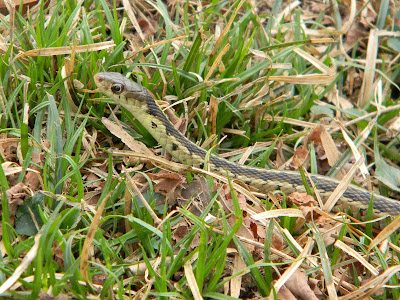 I saw him slither across our yard on Sunday, but he's a quick little bugger! Never thought I'd see him again, but lo and behold he was basking in the sunshine today. Mobee was sniffing him, so of course I panicked and made my brave little pup go inside. 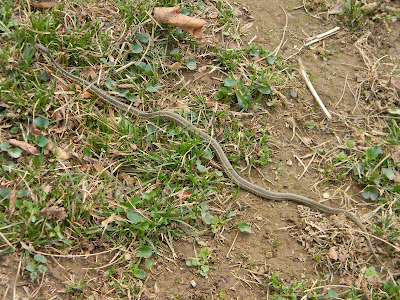 Then I came back outside with my camera. I'm going to feel really silly if this is a poisonous snake..but I don't think he is. Looks like just a tiny garden snake to me. Any guesses?
*update - I've found that this is an Eastern Garter Snake. They are common in Kentucky, even in urban areas, and harmless (although they may bite if scared or picked up - no worries there, cause that won't be happening!!!) 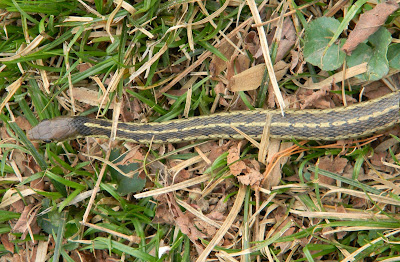 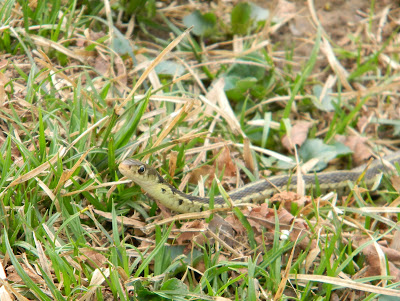 He is welcome to stick around - as long as he doesn't get too much bigger!

Now I'm going to be on the internet forever trying to figure out what he is.

Is being awesome a prerequisite for being a grandma? Cause my grandma rocks.

During my trip to California last month we got on the topic of mosquitoes, and how they love me...and how I found out that I'm kinda allergic to their bites (ouch). I personally am not a huge fan of spraying toxic chemicals onto my skin...but I will if I have to. Seriously, you should see the size of the mosquito bites I get - they're ridiculous. One of the remedies we had heard about to head off mosquito bites is to use Skin So Soft by Avon. Never tried it before, but I've heard from several ladies out here that it helps.

So on Friday my friendly postman dropped off a package in which I found these:

Now that's a grandma that cares! In addition it was a total surprise, and if you know me at all getting packages in the mail is up there with puppies and kitties for me...

﻿Here's a picture of me with my grandma (my dad's mom) and Aunt Shaun from this last trip. 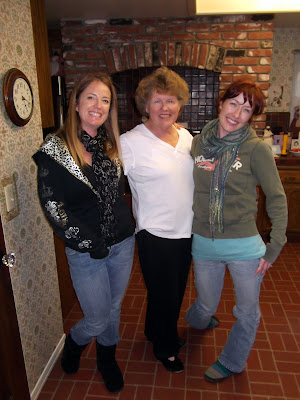 I'm really missing my Grandma Sandy right now, so let's take a short walk down memory lane. Here are some older pictures taken between 1977 and 1980 of my grandma and myself (yes 1977...do the math...I'm not ashamed). Thanks to my incredible dad for parting with them! 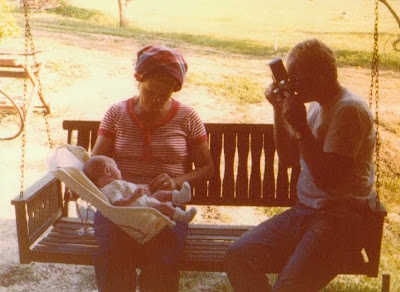 Grandma Sandy, my grandfather Bill Short and myself - 1977
(I ♥ this picture of the three of us) 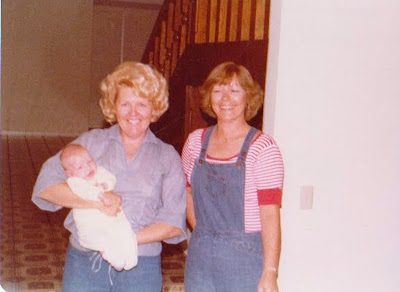 Both of my grandmothers and wee-Colleen - 1977 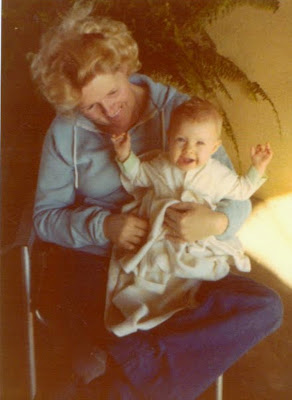 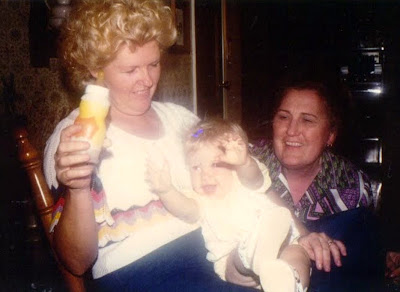 ﻿Grandma Sandy, myself, and my G.G. (Grandma Sandy's mom) - 1980
I just love, love, love these old pictures. I've never had a picture of myself as a baby until the last year, and seeing myself as a baby with all the people I love...is just awesome. My dad and I spent several days going through photos and scanning them while I was out there, so I'm afraid to say there's gonna be more to come!
'til next time... ♥
posted by freaked out 'n small at 12:19 AM 1 comment:

Please be prepared to put up with me jumping up and down, screaming at the top of my lungs and taking excessive pictures of you at the show tonight.

No I will not apologize for it.

It must be done. 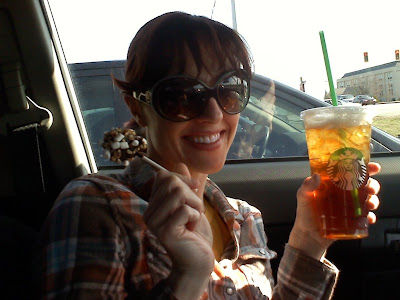 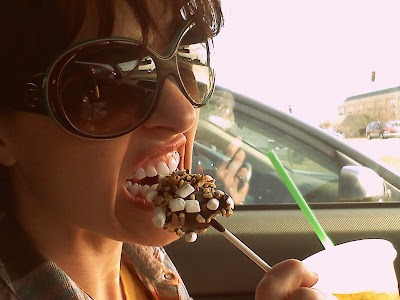 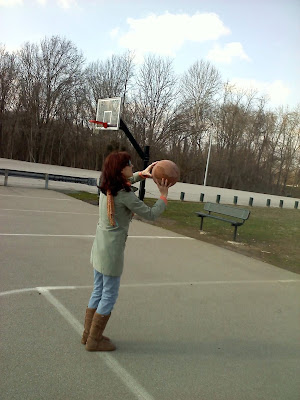 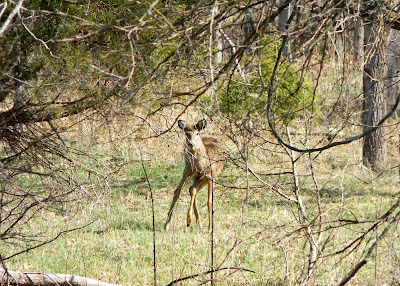 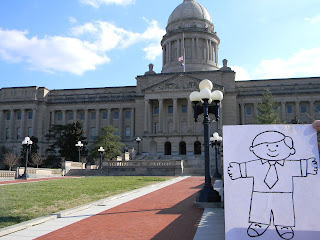