It's a no go for Fletch

Poor guy. I was hoping he'd get the all clear on his kennel cough today from the vet. I mean, he was off his antibiotics and hadn't coughed in three days! But this morning as soon as I woke him up, he had a small coughing fit. So this means another two weeks of antibiotics and keeping the dogs seperated. Arrrrgh! It's a hassle to say the least. I think I'm going to finally break down and run to Walmart to buy a baby gate.

Getting him to the vet is interesting since he's kind of a weirdo about the car. He doesn't really have the hang of riding in it yet, and for some reason can't figure out how to get his back paws up into it. I have to pick him up and put him in. Once in though, he settles in rather well in the back where he likes to stare out the back window. 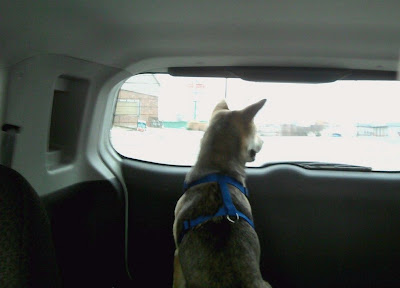 Of course, he's always up for drooling on your shoulder too. 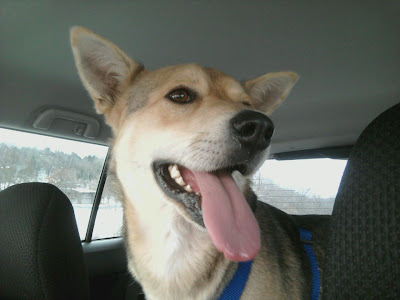 He was a good boy at the vet though. He is just the biggest snuggle bug in the world and will bury his head in the armpit of any kind soul who will let him. So the ladies at the office are simply charmed by him. 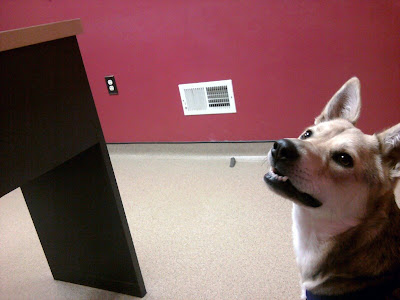