I stumbled across a wasps nest this last weekend. It was on the side of the barn and covered in wasps, so it unfortunately had to come down.  I snapped a few pictures before the guys insisted on disposing of it. 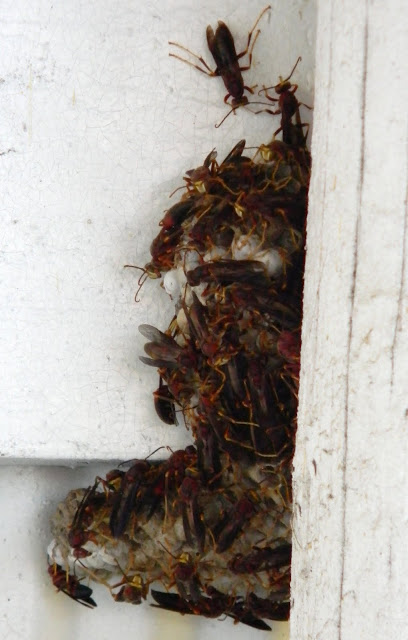 It's nothing completley spectacular to look at - but I'm used to seeing California wasps nest that have maybe 10-12 cells on them max... This guy was as big as my shoe! 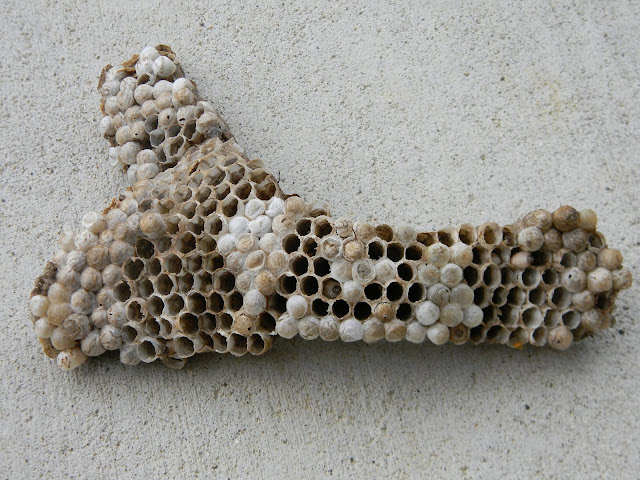 The picture below shows the eggs that have been laid in the individual cells starting to develop into larvae. It almost looks like the queen lays the eggs on the side of the cell... 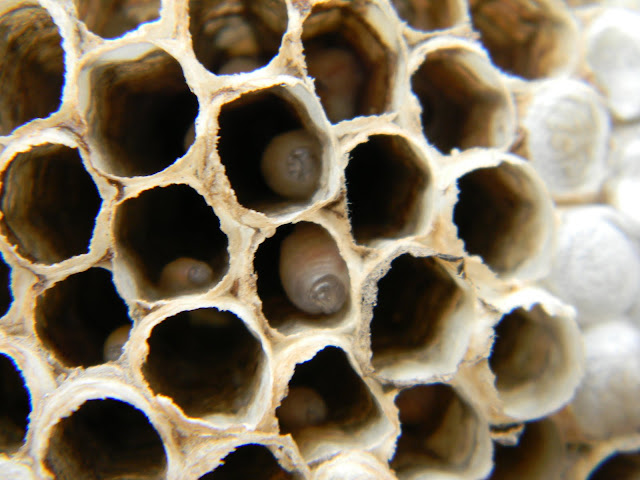 Here are a couple of larvae that are kinda sticking out of the cells. They are so fat there is hardly any wiggle room for them at all. Once the larvae start to pupate, the adult wasps will cover them with with a papier-mâché dome. 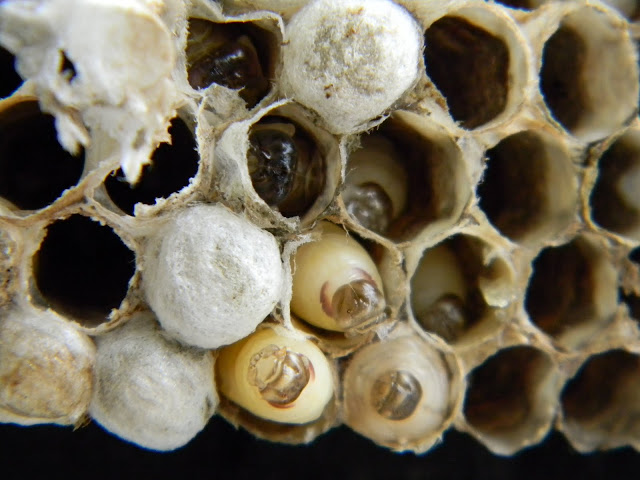 Now, I was curious as to what was under those little papier-mâché domes, so feeling like a mean little kid, I took a couple off. Here is a shot of some almost completely formed wasps in thier cells. 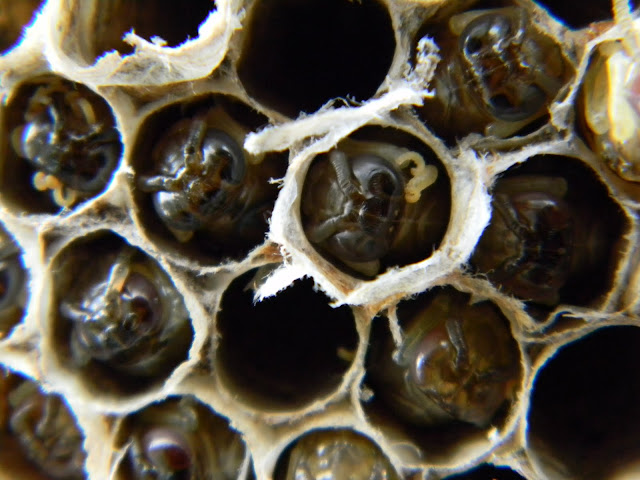 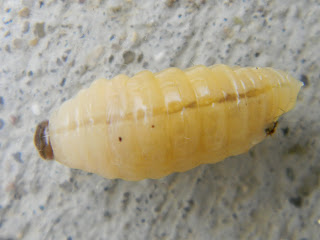 Larvae
(they look like really big maggots with little faces) 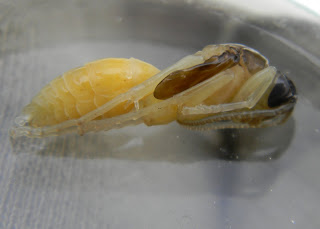 Pupae
You can see the tiny wings just starting to develop along the sides of her back.  The wasp is very soft and delicate at this point. 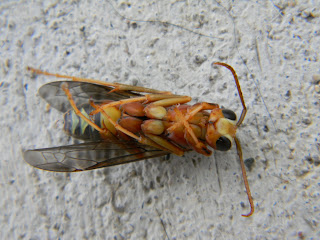 This fully developed wasp actually started to crawl out of one of the cells.  Freaked me the hell out.
Aaaaaannnnnd, unless something spectacular happens, I think that will be the extent of my fooling around with wasps.
I really do feel quite bad about killing the nest.
'til next time...♥
posted by freaked out 'n small at 12:49 PM